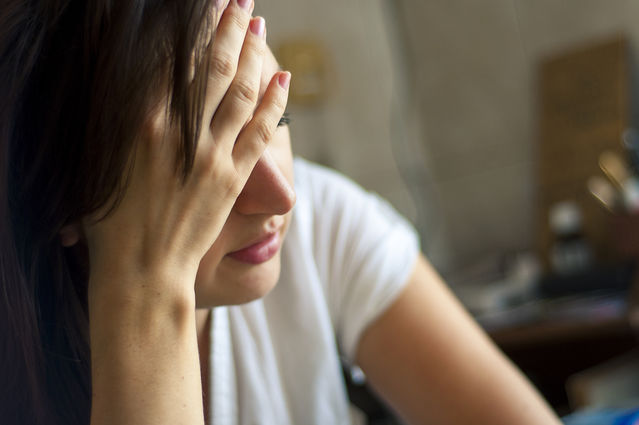 Here’s what to know about cancer and your sleep.

While the research on cancer risk and sleep duration is mixed, the scientific links between poor quality sleep and variable sleep schedules are more clear. Restless, fragmented sleep and irregular sleep patterns have both been linked to elevated cancer risk, in a body of research that continues to grow.

You hear me talk a lot about the importance of consistency in sleep routines. Sticking to a regular sleep schedule, one that aligns with the body’s natural circadian rhythms, is the single healthiest sleep habit you can adopt. For many people, however, that’s easier said than done. Overburdened schedules, stress, excessive exposure to screens and artificial light at night are some of the many challenges we face in sticking to a regular, restful sleep routine. For millions of Americans, their work schedules don’t allow them to sleep during the night, in alignment with the body’s circadian clock. Millions of shift workers work evenings, overnights, and early mornings. Awake at times when the body would naturally be sleeping, they must sleep during “off hours,” when the body (and society at large) are designed to be awake.

There’s a strong and growing body of research showing that people who work night shifts are at higher risk for developing several types of cancer. Many studies have investigated the effects of nighttime shift work on breast cancer, showing an increase in breast cancer risk comes with night work, as well as nighttime exposure to light. Studies show the risks cancers, including colorectal cancer, gastrointestinal cancer, skin cancer, and lung cancer may also rise when people adhere to schedules that keep them awake at night.

A 2018 study of women who worked long-term night shift schedules found they had a 19 percent higher overall risk of cancer, compared to women who didn’t engage in long-term shift work. Risks for specific types of cancers, including breast, gastrointestinal, and skin, were even higher. And the longer the women stayed with night work, the higher their cancer risk became: researchers found that every 5 years of night shift work was connected to a 3.3 percent higher risk for breast cancer. Because of the strength of this research, night shift work is now identified as a likely carcinogen, or cancer-causing factor, by the International Agency for Research on Cancer and the World Health Organization.

These studies don’t only present a concern for the estimated 15 million Americans who work shifts. Their results point to an increasing concern among scientists and medical professionals: that risks for cancer may increase alongside irregular sleep schedules that cause people to function at odds with their natural circadian rhythms.

Our circadian rhythms guide and govern our sleep-wake cycles, as well as many of our body’s fundamental processes, including digestion, immune function, and hormone production. Disrupted circadian rhythms are often an underlying factor in restless, poor quality sleep and in sleep disorders. They’re also linked to chronic health problems and disease, including depression and other mood disorders, diabetes, obesity—and to cancer. Studies show circadian disruptions linked to the increased risk of several types of cancer.

I’ll talk more about the complex, important relationship among sleep, circadian rhythms, and cancer in an upcoming article, as well as about the exciting emerging field of chronotherapy in cancer treatment—a therapy that uses the powerful influence of circadian rhythms to treat cancer.

Are there links between sleep disorders and cancer?

Sleep disorders such as insomnia, restless leg syndrome, and sleep apnea affect both sleep quantity and sleep quality. They also can be both a symptom of—and a contributor toward—disruptions in circadian sleep rhythms.

There is research that has identified links between several common sleep disorders and higher cancer risk. A 2015 study found people with insomnia, obstructive sleep apnea, and parasomnias all had elevated risks for developing several types of cancer, including breast, oral, and prostate. (Parasomnia includes a broad range of disruptive, sleep-related experiences, including teeth grinding, nighttime seizures, sleep-based movement disorders, and night terrors.)

There hasn’t been enough research done to be conclusive, and we’ve seen some mixed results in the cancer-OSA research that’s been conducted. Another 2016 study found OSA linked to a higher risk for a few types of cancer (melanoma, pancreatic, and kidney), while also linked to lower rates for breast, colorectal, and prostate cancers. This same study found no increased risks of cancer-related death for people with sleep apnea, and found no higher risk for metastatic cancer.

This is still an emerging area of research. There’s much more work to do to fully understand the direct relationship between sleep apnea, other sleep disorders, and cancer development. We know sleep apnea is harmful to health in a number of ways, hazardous to the brain and to cognitive health, elevating risks for cardiovascular disease, obesity, and diabetes, as well as to accidental injury and death. While we continue to learn about the effects of sleep apnea and other sleep issues on cancer risk, it’s important to follow through on the diagnosis and treatment of any type of disordered sleep, including sleep apnea.

Next in this series, we’ll look more closely at some of the mechanisms by which sleep may affect cancer development, including the role of circadian rhythms, sleep’s effects on our immune system, and key hormonal changes that occur when sleep is disrupted or curtailed.